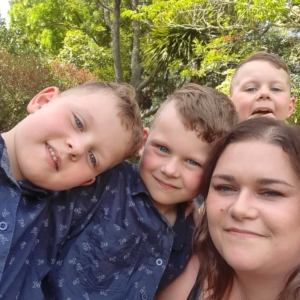 What Vicky had to say …

I am still learning everything about Nicole and her roles for MHB but I know she has held many roles on the committee for at least 5 years. From my perspective she has held the club together the past 12 months by calling for committee meetings, running the facebook page, making and distributing welcome packs to the new parent team. She has managed new memberships, chased renewals and generally been a trooper trying to keep things going. I have become president as of last week and know that it is now my job to lighten her load and get the rest of the committee engaged for this coming year. I would be lost without her guidance and am thankful that when 3 long term committee members stood down this year she said she would remain for another 12 months to help with the transition.

VOLUNTEER OF THE MONTH – WINNER APRIL 2021